Liberia and LISCR – The Shipping and Corporate Registry. A rich and secretive history that lays bare the double-standards of globalisation in the West 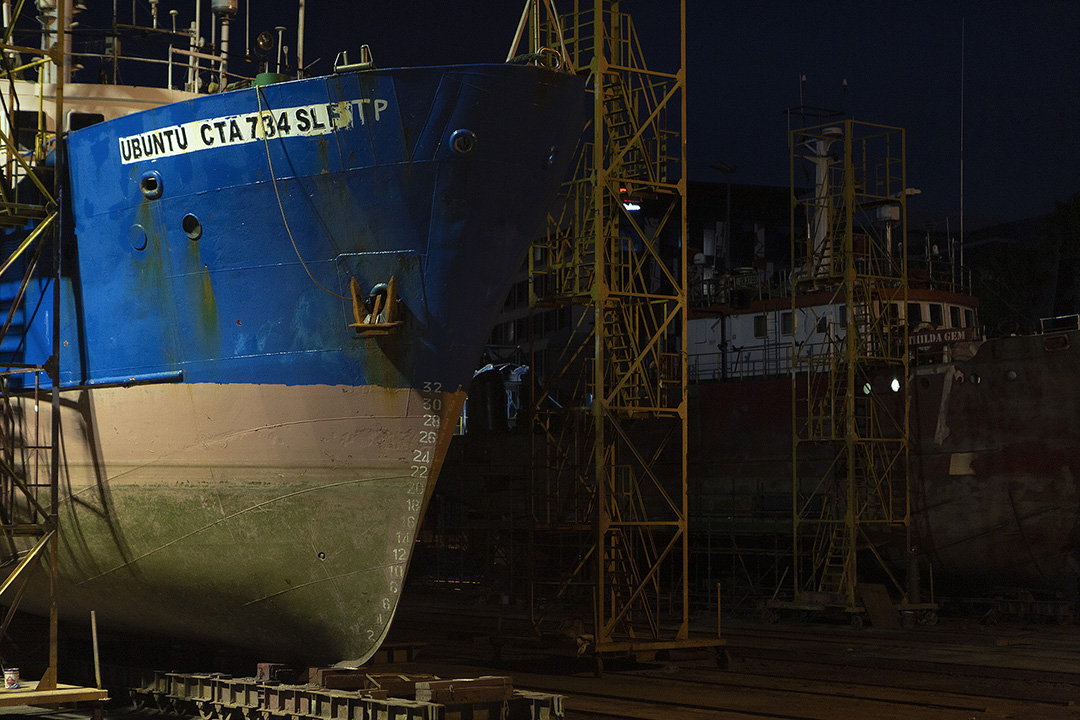 A financial instrument as obscure as it is central to the dark arts of tax evasion and money laundering, the history of the Liberian shipping and corporate registry is very much the story of post-1945 world order itself.  The brainchild of former U.S secretary of state, Edward R. Stettinius Jr, it was set up just after the second world war and largely motivated by good intentions.  To give mercantile shipping – the lifeblood of international trade to this day – protection in times of war, allowing commercial ships to fly a neutral flag and shielding the vital sector from sanctions or worse.  Liberia was chosen for the task for its close ties with the U.S, founded as a colony for freed, returning slaves and the closest the U.S has to a post-colonial patriarchal relationship on the continent.

But like so much of its age, good intentions gave way to opportunity and greed.  Shipowners quickly discovered that flags of convenience as they came to be known– or FOC’s – could be used to skirt pesky annoyances such as corporate tax and labour laws back home.  From not more than five ships registered in the first two years, the Liberian register grew rapidly to become the largest by the 1960s.  By the 1980s and the dawn of the era of liberalisation, it had morphed into a rules-dodging juggernaut.  And not just for the shipping industry.  It became the go-to for any company seeking to avoid tax scrutiny and at the forefront of the race to the bottom on global tax legislation.

To this day, both the registry and the shipowners that it mainly serves, continue to defy attempts to bring it in line.  The Liberian registry, along with Panama and the Marshall Islands that make up the unholy trinity of FOCs,  have grown exponentially as the global shipping industry recently saw record profits.  When over 130 countries representing 90% of global GDP came together in July 2021 to agree a historic minimum corporate tax rate of 15% for multinationals worth more than €750 million, shipping alone was excluded.

Liberia came under intense scrutiny at the turn of the century, its lax tax regimes singled out as a magnet for not only tax evasion but money laundering too.  In fact, the downward drag that tax havens brought to government revenues worldwide was often referred to as the “Liberian Problem”.  But in recent years the country has hardly been mentioned even though the practice continues mostly unabated.  Liberia held firm as the 7thmost secretive jurisdiction on the Financial Secrecy Index in 2020, a go-to list ranking tax havens and published every two years by the U.K-based advocacy group, Tax Justice Network.  It hasn’t featured on the E.U’s regular updates on its list of non-cooperative jurisdictions since 2016 or the OECD’s list of unco-operative tax havens.  In all publicly available official literature on tax havens it appears only briefly in a Congressional Research Service report from January 2022, the U.S government body that provides analysis to support the legislative process.

Part of the reason is a backlash against targeting poorer jurisdictions without the capacity to improve standards quickly.  Labelled the “Liberian Problem” ironically made the country first to be quietly demoted from any backlists.  “You don’t want to really beat up on an African country,” George Turner, director of U.K Tax Watch, an investigative think-tank and author of the 2020 Narrative Report on Liberia that accompanied the Financial Secrecy Index, reiterated,  “They’re poor so how can you blame them for wanting to make a bit of money out off this big industry in the world.”

But while the lull in criticism is welcome in Liberia, where President George Weah is making an earnest attempt to clean up the country’s tax affairs, the fact that Liberia would even find itself in such a position in the first place is puzzling.  The country itself doesn’t seem to benefit much financially from the register.  Unbeknownst to many outside the industry, the registry is run by a private company based out of Dulles, Virginia in the U.S called the Liberian International Ship and Corporate Registry, or LISCR for short.  According to the latest Liberia Revenue Authority report, the country received a meagre US$12 million in maritime revenue in the 2019-2020 tax year from LISCR, or just 2.75% of its total domestic revenue.

In many ways, Liberia outsourcing the register is practical as the international operation requires a high level of industry expertise.  “Liberia does not have either the knowledge nor the network that is necessary in order to support the presence that shipowners worldwide need in order to choose the flag,”  explained Professor Ioannis Theotokas of the University of Piraeus and a prominent expert on the shipping industry.  For Theotokas though it’s not just about the money but the fact that it puts Liberia on the proverbial map.  “It is a kind of prestige precedent for Liberia,” he explained.

For Turner though, the reason for criticism in Liberia being muted against this seemingly unfair relationship might be more insidious.  “I think there’s very few people who actually know anything about it,” Turner explained, “And the people that do know something in some way would probably be benefiting from it and won’t talk about it.  There’s a huge embedded interest amongst certain elites around Liberian politics who have a deep economic interest in the registry,”  Turner suggested,  “It creates a kind of economy around it, to protect it.  And I think that’s a way that it has managed to be embedded into the society.”

Turner alludes to another dimension for keeping the system in place.  One where U.S security and geopolitical consideration come into play.  “The U.S. has this kind of satellite registry which is at arm’s length, outside of its jurisdiction but still within its control,” he explained, “but at the same time, it helps it to meet U.S foreign policy goals such as dealing with high-level crime.”  Turner sees as disingenuous attempts by U.S to promote a global corporate tax regime on the one hand, while using the shield of a relatively poor African country that is hard to criticise on the other as a useful tax haven.  “How can they talk about credibly taking on global tax avoidance, illicit financial flows, responsible capitalism, while running this kind of backroom operation out of Liberia.”

If the richest countries ever to truly tackle tax evasion and money laundering on a global level, they would do well to start with the darker recesses of their own closets first.